Sharing AI related news has become crucial in this era of digital transformation. Given the current wave, many AI researchers have turned into AI influencers to drive value and success to their respective field. These are the people who are driving conversations about AI across social media and other platforms. Here is a list of some of the most influential ones who are actively sharing information about AI and disruptive technologies:

Please note: This is not a ranking article.

Gregory Piatetsky is a well-known expert in Big Data, Business Analytics, Data Mining, Data Science, and Machine Learning and is among top influencers in those fields. He is the president of KDnuggets, a leading site in the field, with over 500,000 visitors per month and over 250,000 subscribers/followers. Gregory is also the founder of KDD (Knowledge Discovery and Data Mining conferences) and co-founder and past chair of ACM SIGKDD, the professional association for Knowledge Discovery and Data Mining. You can follow him on LinkedIn.

A Chinese/English computer scientist and entrepreneur. He was the co-founder of Google Brain and has worked as VP & Chief Scientist at Baidu. He is an adjunct professor (formerly associate professor and Director of the AI Lab) at Stanford University. He is also considered an early pioneer in online learning for co-founding of Coursera.

An Associate Professor of Computer Science at Stanford University, she publishes under the name Li Fei-Fe. She is also the director of the Stanford Artificial Intelligence Lab (SAIL) and the Stanford Vision Lab. Her fields are computer vision and cognitive neuroscience. In 2017, she co-founded AI4ALL, a nonprofit working to promote diversity and inclusion in artificial intelligence.

He is a futurist and author focusing on the social and economic effects of Artificial Intelligence and robotics. Out of the two books that he has written, his recent one, Rise of the Robots:  Technology and the Threat of a Jobless Future (2015), received McKinsey Business Book of the Year Award in 2015, won £30,000 from Financial Times and also became a New York Times bestseller. His other book, The Lights in the Tunnel: Automation, Accelerating Technology and the Economy of the Future (2009) dealt with the effects of automation, structural unemployment and increasing inequality.

He is an investor, who runs the Research and Applied AI Summit in London and focuses on intelligent systems and data-driven companies. Nathan also acts as an Advisor at TwentyBN, a video understanding company. He has a PhD from the University of Cambridge.

A Researcher at Facebook AI Research, he works on deep learning, generative image models, reinforcement learning and agents for video games. Prior to this, he worked at MuseAmi, where he built mobile deep learning models for music and vision. He holds a Masters in CS from NYU and has spent time in Yann LeCun’s NYU lab building deep learning models to facilitate pedestrian detection, natural image OCR and depth-images.

Yoshua Bengio is a Canadian computer scientist, known for his work on artificial neural networks and deep learning. He was one of the recipients of the 2018 ACM A.M. Turing Award for his contribution in deep learning. He is a lecturer at the Department of Computer Science and Operations Research at the Université de Montréal. And also serves as the scientific director of the Montreal Institute for Learning Algorithms (MILA).

Geoffrey Everest Hinton is a cognitive psychologist and computer scientist, known for his work on artificial neural networks. Since 2013, he has been working for Google (Google Brain) and the University of Toronto.

Yann LeCun is a French computer scientist, focused in the fields of machine learning, mobile robotics, computer vision and computational neuroscience. He is the Silver Professor of the Courant Institute of Mathematical Sciences at New York University. And also holds the position of Vice President, Chief AI Scientist at Facebook.

For almost twenty years, Nigel has been associated with Microsoft; whereby enabling clients to write the future. Most recently as their Global Strategist with a focus on innovation and near future trends. He is a frequent speaker at events on artificial intelligence & an esteemed social media contributor on AI / ML & related topics.

A certified mover and shaker, Nathan is the founder of London AI. He posts about applied machine learning and A.I. conferences that he either organizes or attends. What makes his account interesting is that he provides insights and re-tweets valuable A.I.-related articles.

Operating Partner at Khosla Ventures, Adam has received his PhD from Stanford University and has served as the director of the Silicon Valley AI Lab at Baidu Research until September 2017.

Director at Advertisement, an organisation that helps data-driven companies create business value. Based in the Netherlands, he is also on the advisory board for Simplilearn – an educator in cybersecurity, project management, cloud computing, digital marketing, data science and other related technologies.

Based in the UK; he serves as a board member at several companies; including blockchain infrastructure company OST, data dashboard 9Spokes, Team Blockchain and the Blockchain Industry Compliance and Regulation Association. He is based in the UK.

He is chief executive officer at MobileMonkey, a messenger marketing platform that amplifies Facebook advertising. Kim is based in Boston, USA.

The above list of influencers are selected on the basis of their research work, social media influence, funding goals and achievements, and their association with startups and innovation in the AI domain.

Fairseq – All You Need to Know About Features, How to Install and Where to Use 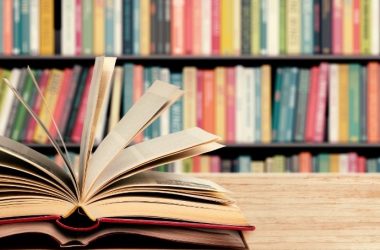 Get familiar with up-to-date list of the best computer vision books we recommend reading to learn about the most popular algorithms. 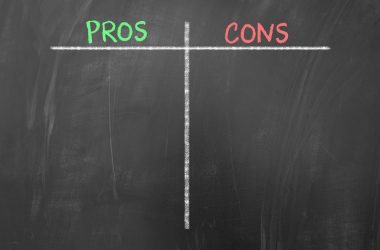 Pros and Cons of Artificial Intelligence in 2020 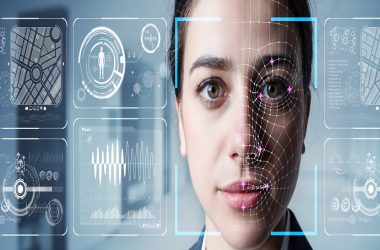