Muhammad Imran
12
0
0
0
The Delphi programming language and software development kit is most widely used for the development of Windows applications. Check out more details in here
Total
12
Shares
12
0
0
0

What is Delphi Programming Language?

The greatest strength of Delphi programming language it’s incredibly fast compiling speed, which enables programmers to write large code-based programs that can be run on a limited resources machine. The backward compatibility has always remained an important aspect of emphasis for Delphi development. However, given the integration of compatibility-breaking features with the latest versions of Delphi, the full backward compatibility hasn’t been maintained.

Who was the Founder of Delphi Programming Language?

The Delphi was developed as the successor programming language to Turbo Pascal by Borland Software Corporation. The chief architect of the Delphi development program was also a veteran of the Turbo Pascal language (released back in 1995); Ander Hejlsberg.

The language along with the number of other software products was up for sale by Borland Software Technologies in 2006, as a means to redirect the company to new avenues.

Then, two years later the company was bought was Embarcadero Technologies, which later was then purchased by Idera in 2015. While Idera does acquire the complete rights of the company, they decided to keep the Embarcadero brand around, which is still around today responsible for the development of Delphi.

The origin of the name “Delphi” is interesting. The name was first proposed by Danny Thrope; lead developer at Borland Software Technologies. Initially, the name was just meant to be temporary for the project which was supposed to replace Turbo Pascal.

The Origin of the name “Delphi” has its roots in the Oracle of Delphi, which is a popular Greek myth of Pythia. And since the Delphi language was to be used for the development of various oracle database applications, the name made perfect sense, as a connector to Oracle.

Now, Borland Software Technologies was adamant to use a more descriptive name for the Delphi; despite being a clever and original choice, and thereby were settled for Borland AppBuilder.

Interestingly, just a short time ago, Novel AppBuilder was already released, and thereby, Borland Software Technologies needed to come up with something different, and thus as the last minute resort they agreed to make Delphi as the official name of the language.

Why Use Delphi Programming Language – Benefits of Delphi

Some of the benefits of Delphi programming language include:

Now, the last point that’s the minimum maintenance requirement for the Delphi apps was one of the main reasons behind the success of the Delphi language. Back in the day, developers were looking for a high-quality toolbox that can be used to develop windows-based desktop applications, where Delphi did deliver successfully. However, one aspect where it outsmarts the other toolboxes is the faster development process. The compiling rate of Delphi was significantly better than the other options available in the market, which at the end of the day turned the tides in favour of the Delphi programming language. No later than the early 2000s, we saw the development world moving towards the dynamic web application techniques; away from the Windows-based applications.

The rapidly progressing development climate overwhelmed the Borland Software Technologies, who failed to keep up with the changing development landscape, and thereby, they resort to selling the Delphi to Embarcadero Technologies in 2008. Now, while the Borland Software Technologies is certainly dead in the development world, their programming language Delphi is still going on with Embarcadero Technologies, who has taken all possible measures to keep the language relevant to the app scene. The company has undertaken many updates and evolutions to Delphi in order to keep up with the customer base and latest technologies.

The Embarcadero technologies have released an update for Delphi every 6 months, since 2016, which shows the commitment of the company to keep up with the evolving development landscape.

Today, Delphi language is undoubtedly one of the most preferred and obvious choices for developers using legacy codes. The language comes with minimal maintenance requirements, which has enabled the Embarcadero Technologies to keep a strong loyal consumer following for a very long-time. Since the biggest consumer segment for Delphi are legacy users, there have been rumours in the industry about the disappearance of Delphi for good, triggering a debate about the language’s royal past.

However, as mentioned above, Embarcadero Technologies continues to throw its back towards the updation and development of Delphi by releasing bi-annual updates since 2016. However, this poses another technical challenge, making it hard for users to migrate to newer versions. The migration from Delphi is even more challenging. There aren’t many qualified and experienced programmers who ca ensure preserving data integrity during the migration to newer versions of Delphi.

Over the decades, Delphi has proven itself as one of the most resilient programming environments, with the ability to transform shape and form in order to meet the evolving development landscape and users’ requirements. However, we would have to see for how long this legacy programming environment would be able to keep up with its agility and continues to meet the newer needs of users. Folio3 has the expertise to cover the sustainable Delphi code needs of businesses in a fast-evolving market.

Delphi remains in a very active development mode since 2016. In fact, the programming environment gets a newer version released every six months, whereas, the Embarcadero Technologies continues to add the support for the new version with every other release as well.

Interestingly, Embarcadero Technologies has also released a comprehensive update roadmap for the Delphi, which includes all possible details and explanation for the expected updates and newer features to be included in the next version of Delphi.

Embarcadero Technologies officially maintains a blog that includes all the news as tutorials for different products from the company.

If you are looking for programming code videos and tutorials specifically for Delphi, you should definitely check out the articles by Pawel Glowacki, who typically writes about the Delphi programming. You can also check out posts by Marco Cantu, with a focus on rapid application development. The blog also contained many roundups of interestingly and detailed posts for the Delphi programming environment.

Some of the other platforms where you may find interesting and insightful Delphi programming videos and tutorials include:

The site comes with a variety of interactive video tutorials for Delphi. Most of the tutorials found on the site are meant for beginners. Apart from the interactive video tutorials, you will also find a helpful run time library reference. While, the design of the website may look a bit outdated, it nonetheless contains updated and useful information, especially for beginners looking to start Delphi programming.

The site is produced by Alister Christie. Learndelphi.tv is a highly useful resource for Delphi programming language beginners and contains hundreds of free interactive and instructional videos about basics Delphi programming. The videos found in the site aren’t made as build on each other, rather act more like stand-alone videos; each covering one specific topic. It nonetheless does offer a massive wealth of interactive and useful information.

The learndelphi.net used to be a great resource for Delphi learners with highly interactive and useful information for the students. While, the website is no longer live today, you may find the videos of the website over YouTube, which are organized into two playlists including Learn Delphi 7 – Getting started and Delphi 2010 – The basics.

A Beginner’s Guide to Delphi Programming

It’s a high-value free online course that is intelligently designed to help beginners get started with the Delphi programming language. The course is divided into 18 chapters.

The book is all about helping beginners to write detailed Delphi codes. The book doesn’t cover many details to discuss the IDE issues, instead, it has kept the focus on writing high-quality Delphi codes.

This may be seen as a continuation of Coding in Delphi, as it builds upon the previous book to help programmers come up with the best Delphi codes.

The Delphi Cookbook is more aimed towards professionals with prior coding experience with Delphi programming language. It presents practical information about the programming environment, and help professionals to build cross-platform applications using Delphi.

This is again a book that’s meant for the experienced Delphi developers who are looking for some advanced insights into the programming environment to build applications for Windows systems.

This is a highly acclaimed Delphi programming language that has received much appreciation from the industry experts.

We have a long experience of developing custom Delphi software applications, thanks to our experienced and expert Delphi developers, working as a dedicated team to ensure optimum delivery of all projects. Folio3 has gained a well-established repute as a premium Delphi development agency amongst small and large companies across the USA, UK, Canada, Pakistan, New Zealand, and other countries.

Delphi is a legacy high-level language that’s proprietary of Embarcadero Technology. The programming language is distributed by the company as part of the RAD studio and is primarily used for the development of custom applications for Windows systems, as well as, for all other major mobile and desktop operating systems.

The Delphi is a matured programming environment that has been around in the market for over two decades, and still actively getting updates with new functionalities added on a regular basis.

Is Delphi free or paid?

In essence, the Delphi can be free or paid, depending upon the user requirement. The legacy programming environment does come with a free trial version, which can be downloaded from the official Embarcadero’s website. However, the free version comes with some severe functionalities limitations, which means you may not be able to develop complex applications with the free trial version. Nonetheless, the free version can be used to get started with Delphi programming.

Is Delphi a good programming language for a newbie?

While it may be losing its popularity amongst the new users, Delphi is still a highly relevant and easy to understand language for the beginners, especially those who are looking to get familiarize with the basics of Microsoft Windows Application Development.

How Does Machine Learning Work-Beginners Guide 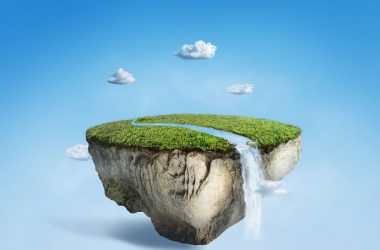 DeOldify is one such application which includes pre-trained weights, allowing you to colorize black and white images or video with minimal effort. 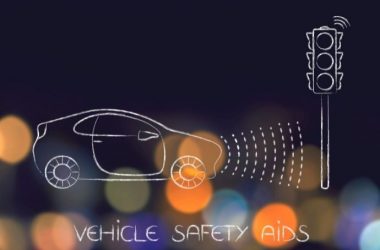 Vehicle Counting – What is it and Why is it Important in 2022?

Vehicle counting system is a solution that automates the process of vehicle detection and classification. 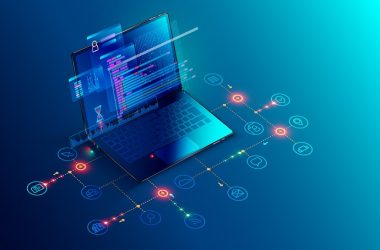