Drone Shark – How to Use, Benefits and Best Shark Drones in 2021

Muhammad Imran
For the safety of surfers & swimmers along the coast of different beaches, drone shark is used to help capture real-time images of fat sharks near the shore, reducing the number of deadly shark attacks & saving lives.

For the safety of surfers & swimmers along the coast of different beaches, drone shark is used to help capture real-time images of fat sharks near the shore, reducing the number of deadly shark attacks & saving lives.

White, sandy beaches, and big ocean waves- just what you need on your beauty vacation. But, beware of the danger lurking underneath with giant mouths and sharp teeth that can rip you open- yes, you are right; we are talking about sharks. You should not be scared of them, but instead, go ahead and plan your vacation, as sharks can be detected easily, thanks to the drone shark. Folio3 provides machine learning solutions that help work to be carried out faster and with greater accuracy. The AI-driven software for drones allows in ariel data collection and analysis. These drones can even perform tasks independently, without any human intervention, but with the use of Artificial Intelligence (AI) and data and analysis. Shark drones perform visual data analysis and image-based functionalities.

How To Use The Drone And Spot The Shark Easily?

Drone shark is a cost-effective and practical method to monitor the vast beach coast. With the help of AI, computing power, and drone technology, sharks near swimmers can be identified, and lifesavers can be alerted to take all the necessary precautions to prevent any shark attacks from happening. The drone shark is an important device for countries with beaches and coastal bays. The shark drones have a camera attached to it, which helps to capture real-time aerial images. The system analyzes the video and identifies all the objects detected and puts them into one of the sixteen types of categories. These categories are:

If the drone shark detects a shark, the operator is notified through a visual message on the computer screen and also with an audible alert. Then, the operator verifies the alert and notifies the lifesavers promptly, and action is taken accordingly.

What Are The Benefits of Drone Shark?

The fat shark drone has provided many benefits. These benefits include:

– The shark drone can monitor a vast area in lesser time than humans.

– The drone shark is capable of providing an accurate, ariel view of the beach, which is not quite possible for humans to do. Humans can use helicopters, but they are costly to use.

– The fat shark drone helps in preventing shark attacks. As the shark drone is very quick to process images, and it also monitors a vast area of the beach in less time, the number of shark attacks can be reduced significantly.

– With the use of shark drones, the number of lifeguards hired, just for patrolling, can be decreased.

Since the drone shark happens to be much more quickly than humans, the number of people hired just to monitor the coast can be reduced. This saves up on some money which the authorities can use to purchase more shark drones. However, the drones cannot replace humans altogether, but they can surely assist them.

There are numerous other companies too, but these five are considered to be the reliable and best ones so far.

Folio3 combines the power of AI and computer vision technology to help these drones in instantly capturing and efficiently analyzing the real-time images. These drones can be used for different purposes, such as livestock management, terrain mapping, precision agriculture, and many other industries. The Folio3 drones can also be used in detecting sharks on the coast and can prove to be your best drone shark tech partner. With the AI Automation Solution based on open-source technologies offered by Folio3, they can provide you with their drones, which can assist different procedures of your company to get accurate and quick results. Similarly, these drones can be programmed to work as drone shark and help in identification of sharks on the shore, for the security of surfers and swimmers along the coast.

Why are the sharks swimming close to the shore?

During the summer months, it is common for the sharks to swim closer to the shore. They feed on fish and seals closer to the shore. Also, the number of surfers on the coast increases during the summer months, which causes the sharks to investigate the surfers, with chances of preying on them being prevalent. Some sharks generally like to swim in shallow waters. Such as bull sharks and blacktip sharks. Tiger sharks tend to be very curious and aggressive, with an excellent sense of smell. The Shark Alley beach in Gansbaai, South Africa, is the world’s most shark-infested beach.

Does the drone really capture sharks near the surface?

Yes, the drone has the capability of capturing sharks near the surface of the shore. With the help of AI, the fat shark drones can process the real-time images within a fraction of a second, and classify the moving object seen according to different categories and then sends notifications to the drone operator accordingly.

We are the Pioneers in the Computational Language Theory Arena  – Do you want to become a pioneer yourself?

How Much Do Machine Learning Engineers Make in 2021 – Updated Blog

What is Audio Transcription – Beginners Guide 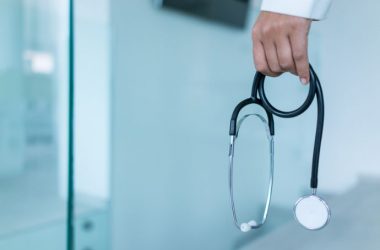 There are a ton of practical uses for computer vision at present times. One industry where this technology… 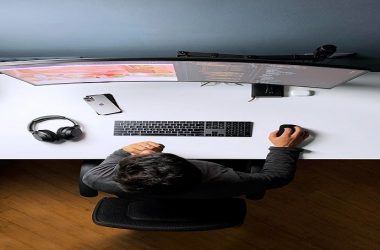 With this blog, we will be sharing insights into natural language processing jobs and how it’s changing the enterprise world. 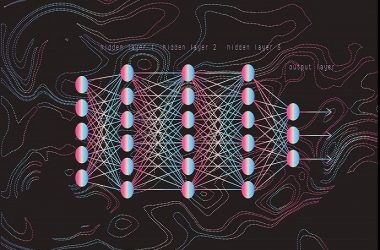 An amazing tool for machine learning, gradient descent optimizer can reduce function by repetitively moving in the direction of descent that is steepest.