Muhammad Imran
What is edge ai analytics? and what does it mean for SMEs, Enterprises? Explore in this ai edge guide.

Edge analytics is a type of analytics that analyzes data from non-central system components such as sensors, switches, and other linked devices. In other words, rather than relying on a central location thousands of kilometers away, insights are gained closer to the devices that collect the data.

What is Edge Ai?

Artificial intelligence (AI) algorithms are executed locally on a hardware device close to a sensor or a signal, which is referred to as edge AI. Data created on the device is used by the algorithms. Deep learning is a form of machine learning algorithm that is widely employed.

Edge AI is the polar opposite of cloud computing AI, in which all machine learning processing, also known as inference, takes place on the cloud. The market for edge AI is a subset of the larger industry for edge computing. Edge AI devices don’t need to be linked to function correctly; they can process data and make choices without the requirement for a connection. You’ll need a gadget with a CPU and sensors in order to use Edge AI.

What is Edge AI software and how does it work?

Edge AI software is usually a set of Edge AI applications running on a physical device. There are numerous machine learning algorithms in use, but deep learning is becoming increasingly prominent.

Folio3 offers a cutting-edge solution for businesses and enterprises wishing to integrate edge analytics into their systems. You can quickly preprocess data provided by sensor-rich assets with this seamless solution, and in real-time!

We’ll write unique software for your Edge devices, like Smart Cameras, Raspberry Pi and Single Board Computers, NVidia Jetson, and others.

We’ll use machine learning models to process data in real time on the Edge so you can make informed decisions.

For your Edge Applications, we will design an interactive dashboard that will present a clear image of the data in an orderly and relevant manner.

Video Analytics on the Cutting Edge

Analyze real-time video feeds to extract information that will allow you to unlock insights and obtain the data you need.


Folio3’s team has over 15 years of expertise working on a variety of technologies, so they’re well-equipped to manage any of your needs of the following:

Edge analytics will undoubtedly be the future and eventual salvation of the Internet of Things. The existing IoT approach is obsolete and does not provide businesses with satisfactory outcomes. The internet of things is transforming how businesses process large data using edge analytics. It’s a platform that helps businesses make better use of local data, make better decisions, and perform better!

Around 300 people searched for Big Data in the first few months of 2022, from January to now. Zimbabwe accounted for the majority of Big Data queries. Ethiopia, Singapore, and India all appear to be quite interested in these technologies. People have been looking for information on these technologies on a consistent basis, and given the increasing trend, it is expected that it will gain more traction in the future.

What is edge ai cloud based computing?

When edge computers are trusted with data processing activities that would normally be performed in the cloud, the outcome is real-time, low-latency processing. Furthermore, by limiting data transfer to only the most critical data, the data amount itself can be lowered, and communication interruptions can be reduced.

What is ai at the edge devices?

An edge device, also known as an end device or an edge server, is a device that can execute computational operations on its own. As a result, edge devices process data from linked sensors, such as cameras that offer a video stream.

For smaller prototypes, a SoC (System on a Chip) such as the Raspberry Pi or the Intel NUC series can be used. SOC devices incorporate all of a computer’s essential components (CPU, memory, USB controller, GPU).

The NVIDIA Jetson tx2 or Jetson nano, the Google Coral platform, and others are more ruggedized and durable instances of edge devices.

ML activities typically necessitate relatively powerful AI hardware. AI models, on the other hand, are becoming lighter and more efficient. YOLOv3, for example, is a popular object identification Computer Vision Algorithm that is both lightweight and quick.

To circumvent the inherent drawbacks of the traditional cloud, such as excessive latency and lack of security, edge computing allows AI processing duties to be moved from the cloud to near-end devices.

As a result, bringing AI computations to the edge networks opens up new goods and services for AI applications.

1. Reduce the amount of data transferred

The edge device processes the data, and only a small portion of the processed data is transferred to the cloud. The bandwidth of the connection can be raised to avoid bottlenecks, and the traffic quantity in the core network is reduced, by reducing the amount of traffic via the link between a small cell and the core network.

The ability to process data in real time is a key benefit of Edge Computing. Because edge devices are physically close to data sources, they can achieve decreased latency, which increases real-time data processing speed. Remote surgery, tactile internet, unmanned vehicles, and car accident avoidance are examples of delay-sensitive applications and services. Edge servers can provide a wide range of services in real time, including decision support, decision-making, and data analysis.

Because transmitting sensitive user data through networks exposes it to theft and tampering, AI at the edge allows the data to be kept private. Edge computing allows you to ensure that your personal information never leaves your local device (on-device machine learning). Edge devices can be used to delete personally identifiable information before data transfer in circumstances when data must be handled remotely, boosting user privacy and security. I recommend reading our post on privacy-preserving Deep Learning for Computer Vision if you want to understand more about data privacy and AI.

4. A high level of availability

Edge AI is more resilient due to its decentralization and offline capabilities, which allow it to provide transitory services in the event of a network breakdown or cyber-attack. As a result, moving AI workloads to the edge ensures much improved availability and overall robustness, which is essential for mission-critical or production-grade AI applications (on-device AI).

Because only processed, highly valuable data is transferred to the cloud, moving AI processing to the edge is extremely cost-effective. While delivering and storing large amounts of data remains prohibitively expensive, Moore’s Law has resulted in little devices at the edge becoming more computationally capable.

Overall, edge-based machine learning allows for real-time data processing and decision-making without the drawbacks of cloud computing. Edge ML may soon be the only practical approach for businesses to incorporate AI in products and services, given the growing importance of data protection and regulatory developments such as GDPR.

The pressing demand for 5G in high-growth areas such as fully self-driving cars, real-time virtual reality experiences, and mission-critical applications propels edge computing and Edge AI innovation even further. 5G is the next-generation cellular network that aims to deliver significant improvements in service quality, such as increased throughput and lower latency — with data rates 10 times quicker than current 5G networks.

Consider real-time packet delivery in self-driving cars, which demands an end-to-end delay of less than 10 milliseconds to appreciate the requirement for fast data transfer and local on-device computation. The minimal end-to-end delay for cloud access is more than 80 milliseconds, which is too long for many real-world applications.

As the implementation of 5G accelerates around the world, speculation about 6G has begun. Given that 5G was just launched, it’s safe to assume that 6G will take ten years to become widely viable. However, as we move closer to 6G networks, the speed-driven telecom sector has already begun to focus on developing beyond-5G technologies that will control the 2030 period.

Edge computing is founded on the premise that data collection and processing can be done close to the source of the data, whether it’s being created or consumed. Edge analytics makes use of the same devices and the data they’ve already generated. An analytics model examines the data in greater depth than was previously done. While RPA, also known as software robotics, use automation technology to replicate back-office functions performed by humans, such as extracting data, filling out forms, moving files, and so on. It integrates and performs repetitive operations between enterprise and productivity applications via APIs and user interface (UI) interactions. RPA technologies automate the execution of numerous activities and transactions across the enterprise by deploying scripts that mimic human processes.

It is now possible to power scalable, mission-critical, and private AI applications using Edge AI. Because Edge AI is still a relatively new technology, expect a slew of new applications in the near future.

The complexity of machine learning grows as it moves from the cloud to the edge. Edge AI requires IoT capabilities to manage physical edge devices that need to connect to the cloud, whereas the cloud may rely on APIs (edge-to-cloud).

Edge AI software often includes a cloud-side that orchestrates the edge-side, which is made up of several edge clients that connect to the cloud. The edge-to-cloud link is critical for managing a large number of endpoints as well as distributing updates and security fixes.

Offline capabilities, remote deployment and upgrading, edge device monitoring, and secure data at rest and in transit are all required by the edge architecture. To analyze data from sensors or cameras efficiently, on-device machine learning requires AI hardware and optimized edge computing chips.

Some of the best Ai Edge Software Platforms are listed below:

Machine learning developers, data scientists, and data engineers may use Al Platform to swiftly and cost-effectively move their ML projects from concept to production and deployment. AL Platform’s comprehensive tool chain allows you to design and run your own machine learning applications, from data engineering through “no lock-in” flexibility. Al Platform is compatible with Kube Flow, Google’s open-source platform that allows you to create portable machine learning pipelines that can be operated on-premises or in the cloud without requiring significant code changes. As you deploy your Al apps to production, you’ll have access to cutting-edge Google Al technologies like TensorFlow, TPUs, and TFX tools.

TensorFlow is an open source software framework that uses data flow graphs to do numerical computations. The graph’s nodes represent mathematical operations, while the graph’s edges represent the multidimensional data arrays (tensors) that are exchanged between them. Users can utilize a single API to deploy compute to one or more CPUs or GPUs in a desktop, server, or mobile device thanks to the flexible architecture. TensorFlow was created by researchers and engineers at Google’s Machine Intelligence research organization’s Google Brain Team for the purpose of conducting machine learning and deep neural network research, although the technology is broad enough to be used elsewhere.

Microsoft Azure Machine Learning is a cloud-based advanced analytics platform that makes machine learning for businesses easier. Users in the business world can model their own manner, using best-in-class algorithms from Xbox, Bing, R, or Python packages, or by incorporating new Ror Python code. The resulting model may then be deployed as a web service in minutes, allowing it to connect to any data, from any location. It can also be shared with the public through the product Gallery or the Machine Learning Market. Application programming interfaces (APIs) and completed services are offered in Machine Learning Marketplace. By tying data together.

Openpose Guide 2022 – How to Use/Install, Features and More 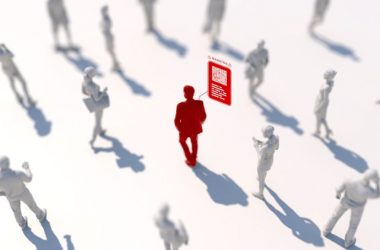 Which model is the best for person detection? 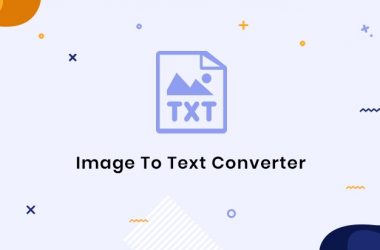 We have brought you five AI tools for image-to-text conversion, which you can easily access from a web browser. 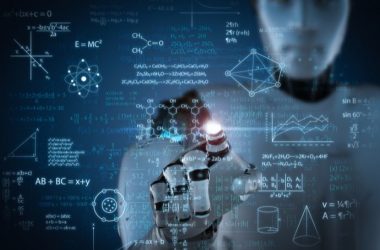 Executive Summary: Hire ML Engineer will unquestionably aid your company in maintaining its position as a leader in…