Muhammad Imran
We will be looking into some factors that determine the flight range of the drones, as well as, look at how far can drones fly.

Drones are undoubtedly the futuristic machines that have taken over the world with a storm. Initially, these flying robots were introduced as military equipment for reconnaissance missions behind enemy lines. However, today drones have become an indispensable technology tool that’s shaping the future of business and industry.

While, it brings in a lot of opportunity for photo and video enthusiasts, the technology behind drones is also enabling them to overtake and improve various crucial business areas like agriculture, landscaping, 3D mapping, and others. And with so much to offer, the only limit that can hold these flying robots is the flying range.

You too sure would have thought about how far can drones fly, right?

Well, honestly there is no one answer and the truest range of a drone depends on various factors. Here in this blog, we will be looking into some factors that determine the flight range of the drones, as well as, look at different categories of drones and how far can they fly.

How Far Can Drones Fly – Most Important Key Factors?

So, what are the factors that contribute to the flight range of a drone?

Well, there are multiple factors including the size, purpose, battery, and others. For instance, a large drone will certainly consume battery power much quicker as compared to a small one. This is simple physics because the larger the drone the more efforts it needs to put against gravity to stay in the air. The heavier the drone, the greater the efforts required by propellers against gravity, and thus quicker the battery drains.

However, the size of the drone isn’t the only factor. Rather, the size and type of battery is also an important factor that determines how far a drone can fly from the operator. The most commonly found drone battery comes with 10 minutes of flying time. Now, as a controller you have to bear in mind that with a 10 minutes battery life, you can only fly the drone for 5 minutes away from you since you will need the other 5 minutes to fly it back, else you may lose it in the middle. So, while you may fancy pushing your drone to the limit, it’s not fancy to lose it in the process. And while finding a lost drone is possible, it’s certainly not fun.

Now, the very basic versions of the drones only come with a range of as much as 20 meters. Whereas, some long-range drones can fly many miles. Generally, the more expensive a drone is, the better its flight range.

Remember, the overall flight range of a drone will depend on multiple factors, and that when you are looking to buy a drone, it’s important to consider other aspects (features, size, utility) as well, along with the flight range.

Since drones are becoming mainstream in the local neighborhood, the state, and local laws are becoming more and more complex. For instance, some local laws permit drone operators to fly drones as high and far as they remain in sight. Other laws set a definite limit to the distance you can fly a drone. And with the ever-tightening of security laws around drone flight, it’s always a good idea to check out the local and state laws before putting these machines into the sky.

However, at times the laws defining drone operations can be unclear and ambiguous. Thereby, if you are unsure of any para or any specific word mentioned in the regulations, it’s always wise to Google a little bit more about the phrase or asks an experienced drone operator in your neighborhood who understands the regulations.

How High You Can Fly a Drone

Also, while you may be tempted to test the limit of your flying machine, it isn’t recommended. Because, besides the flying limit set by the state of local laws, manufacturers also put in disclaimers for the maximum altitudes for their manufactured drones. Remember, the greater the altitude, the lesser the lift that can be produced from propellers, and without an adequate lift, your drone may come crashing down to the ground and be left unusable. So, even if you want to test the limit of your drones, make sure you stay within the manufacturer’s mentioned limits.

How Far Can Military Drones Fly

Now, when it comes to military drones, they are in their league of own. These are not the normal drones that you would fly out of your backyard, rather these are big birds with definite purpose and features.

For instance, the Global Hawks, which is one of the biggest surveillance platforms in the world comes with a massive range of 12,000 nautical miles. This massive state-of-the-art surveillance drone has been operated by US Military since 2001 and comes with an impressive wingspan of 130 feet and the ability to takeoff 16 tons of weight (that’s equal to seven shipping containers). And if you are looking for altitude limits, this big bird can reach heights of 60,000 feet and can continue flight operations for 34 straight hours.

Just like there are various types of civilian drones, military drones also come in various types and for various purposes. For instance, the Global Hawks isn’t an offensive drone, rather it’s only meant for surveillance purposes, whereas, Predator which is another state-of-the-art military drone operated by the United States Military is an offensive drone and can be used to conduct operations behind the enemy lines.

How Far can Amazon Drones Fly?

The world’s biggest retail company Amazon is redefining the purpose and utility of drone by designing logistic drones which are being used to deliver orders. At present, the company is operating fully electric and autonomous drones with a flight range of 15 miles. These drones are used to deliver packages and have the capacity to take a payload under 2.2 kilograms.

Folio3 is the world’s leading AI drone programming company offering customized solutions for AI drones. The company has been offering AI-based smart solutions to drone operators across multiple industries; assisting them to utilize the full potential of drones. Some of the areas of application where Folio3 has developed fully autonomous and customized AI drones solutions include;

Computer Vision vs Machine Learning – What the Present and Future Hold of These Vision Systems?

How do Drones Work – Take Control of Ai Birds 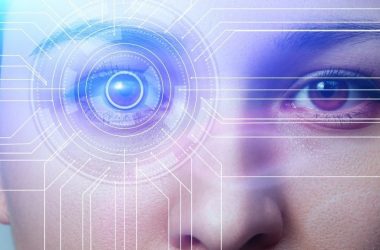 Object recognition refers to classifying and locating objects in an image with a certain degree of accuracy. 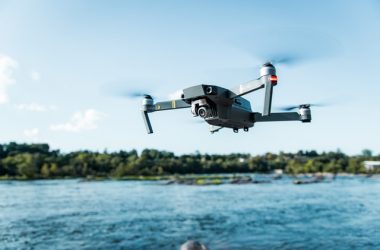 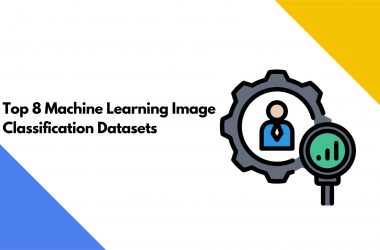 The most important part of any machine learning (ML) project is collecting good datasets, including good labels. The…