The process that prepares those labeled images is image segmentation.

Image segmentation is a technique that involves breaking visual inputs (images) into pixels for processing them.

This division of images simplifies them for a granular understanding of visual data to execute numerous computer vision tasks such as object detection, object recognition, and image classification.

While image segmentation is a general term for the technique that divides an image at the pixel level, a few segmentation methods are employed in practical tasks.

These techniques come into play to feed machines with an immense amount of high-quality image data.

To better understand their roles in computer vision tasks, let’s discuss both techniques and their real-world applications.

What is Panoptic Segmentation?

Panoptic segmentation works by labeling pixels. It assigns a unique label to each pixel belonging to a particular class.

Consider a picture you might take of a bustling street with your phone.

The photo consists of millions of individual pixels, and panoptic segmentation aims to assign each pixel a label based on the object to which it belongs.

In other words, panoptic segmentation partitions images, giving each pixel a label. For example, in the above picture, any pixel belonging to a bus would be assigned to the same “bus” category.

What is Instance Segmentation?

Instance segmentation helps detect and localize objects in images. It runs two tasks- object detection for locating and classifying objects and semantic segmentation for associating every label to a class- to give the result.

Taking the example of the image you took from your phone, let’s say you want to identify people individually rather than in groups. Instance segmentation would give you a view of each person as a distinct individual by coloring them differently (such as applying blue color to one person and red to another.)

Not all image processing techniques give results with the same accuracy. Some are only capable of identifying the presence of objects in an image, while others separate the occurrence of similar objects.

Accordingly, the image segmentation types we have discussed above differ.

Instance segmentation detects objects within the same class (let’s say we want to detect balloons in an image). It separates each object (balloon) in the defined category (of balloons) based on the similarity of belonging pixels (to each the balloons).

Though this segmentation area is less explored, there is interest around it motivated by the benefits of putting the technique into practice. Instance segmentation provides us with additional information for many tasks such as counting elements belonging to a particular class, inferring unknown situations, and detecting objects for retrieval in robotic tasks.

Unlike instance segmentation, panoptic segmentation distinguishes categories of different objects and separates instances of each object in those categories.

Put it another way, it assigns each pixel two labels: semantic label and instance ID. The pixels with the same label are considered part of the same class, while instance IDs distinguish each instance. The result we get is an image with all its objects divided into different categories and labeled and distinguished from one another within each category.

Image segmentation techniques are useful in several domains, such as the field of medicine and the filming industry.

For example, the software with green screens used in filming implements an image segmentation technique for cropping out the foreground to place it on a different background. In this application, image segmentation makes it possible to record scenes that cannot be shot, or shooting them involves high risk in real-life.

Here’s how instance segmentation makes an impact across industries:

Similarly, panoptic segmentation models are functional in lots of real-world tasks, including:

But, it all begins with identifying and understanding visual data where techniques like image segmentation help us achieve goals.

Their applications have created a profound impact on several domains which are yet to grow in number.

Once explored further, these techniques can provide us with better processing capabilities for a lot of complex computer vision tasks in the technology-driven future.

Why 5G and 6G Needs AI to Succeed 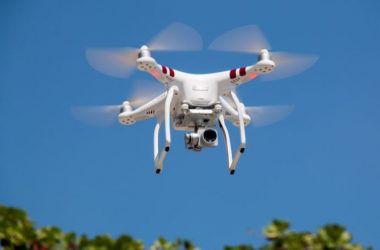 Drones are widely seen as the enabler of our future food security, assisting agri-businesses to turn to efficient and productive agricultural practices. But with so many choices, choosing the right type of drone used in the agriculture business may be a tricky task. Read on as we discuss some of the best and most widely used agricultural specialty drones. 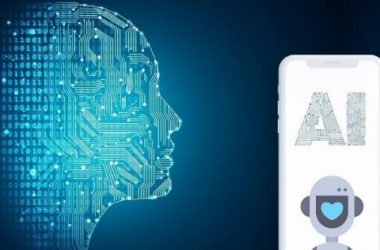 How to Use Artificial Intelligence in Mobile Apps

Learn how to use artificial intelligence in mobile apps? AI is increasingly being used in many smartphone apps to boost customer pleasure. 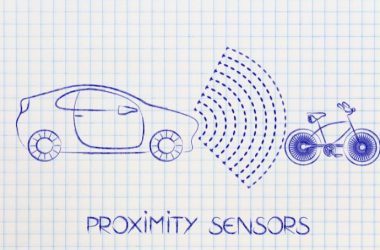 Learn how AI vehicle detection is being used in the design, supply chain, production, and post-production phases.